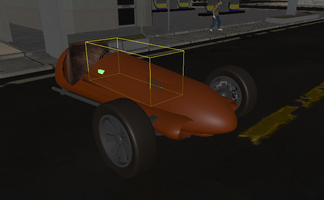 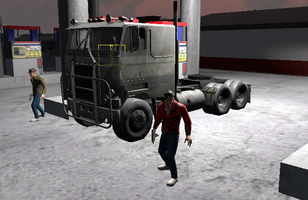 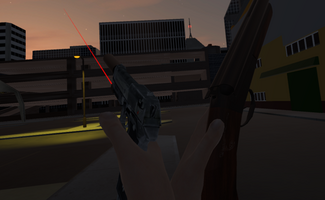 This update is a big one, we've added two new vehicles for ya'll to test, the semi tractor trailer cab and the antique open wheel roadster.  We've also added a suppressed variant of the standard 9mm pistol which is also equipped with a laser sight as well and we brought back the boomstick for another round of testing with major improvements based on the feedback we got from the first time we showed it off.  We didn't forget the basic 9mm either, it got a shiny new set of night sights to help you get on target!

This is the first look at the player avatar system as well, with a visible torso(which gets progressively bloodier the more damage you take) and your "gunbelt" with holsters for sidearms on your right and left hips which function independently of any vehicle weapon storage you may also be utilizing.

We've got a lot of good stuff in this update that we need to test as we continue to make progress towards our early access release, once again I'd like to thank each and every one of our awesome alpha testers for helping us to make the best damn game possible via their awesome feedback!